Dr. Onur Çukurluoğlu > About Me 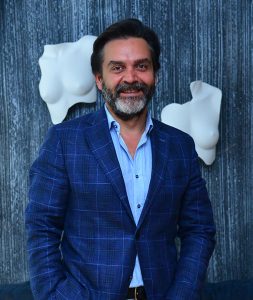 He was born in Izmir in 1977. He completed his primary and secondary education in Izmir. In 1995, he entered the Medical School of September 9. In 2002, he started my specialization training at Gazi University Faculty of Medicine, Plastic Reconstructive and Aesthetic Surgery A.D. After completing his residency in 2009, he started to work at Hatay Antioch State Hospital to perform his compulsory service. Çukurluoğlu, who made many presentations in domestic and international meetings during his working life, presented his first name in 2007 and became the 29th. Turkish Plastic, Reconstructive and Aesthetic Surgery Congress Assistant Paper Competition received the Clinical Branch First Prize.

Çukurluoğlu is a member of the Turkish Medical Association, Turkish Plastic, Reconstructive and Aesthetic Surgery Association and Reconstructive Microsurgery Association and is actively participating in the studies of these two associations and works as an instructor in microsurgery courses. His professional interests are facial and maxillofacial surgery, microsurgery, aesthetic surgery and non-invasive aesthetic procedures, and Çukurluoğlu, who has many applications in these areas, left esteworld Plastic Surgery Hospitals Group in 2014 and left 2017 he worked in a private clinic in meat. In 2017, he is still working in The Engagement Stone with his newly established clinic.